NOTE: This is a “reprint” of my blog post to Kodak’s previous “A Thousand Words” blog.

Another Maker Faire has come and gone and once again my brain is inspired and swollen from all of the exciting projects, ideas and tools seen at the faire. Maker Faire is a faire for do-it-yourself (DIY) people of all ages, covering DIY projects from crafts to robotics and more; attracting newbie and professional artists and scientists alike. Some refer to it as the “Burning Man for geeks.” Last year, I blogged about some of the photo-related exhibits and demos at the faire. This year, I thought I would try to bring a small taste of the faire to you.

The kite aerial photography (KAP) booth was bigger and better than ever. Cris Benton returned to Maker Faire along with several other KAPpers, displaying kites, rigs, and a gallery wall of KAP photos. Here are a couple of kite camera rigs that were on display: 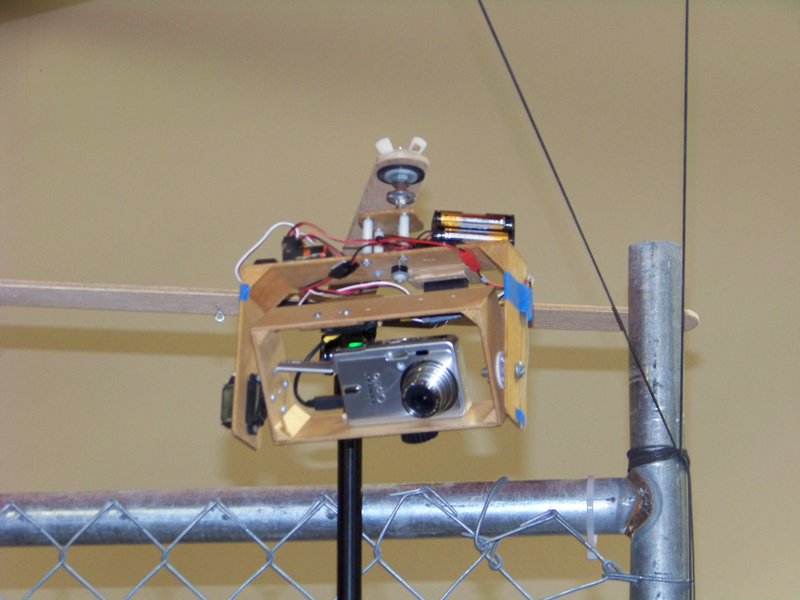 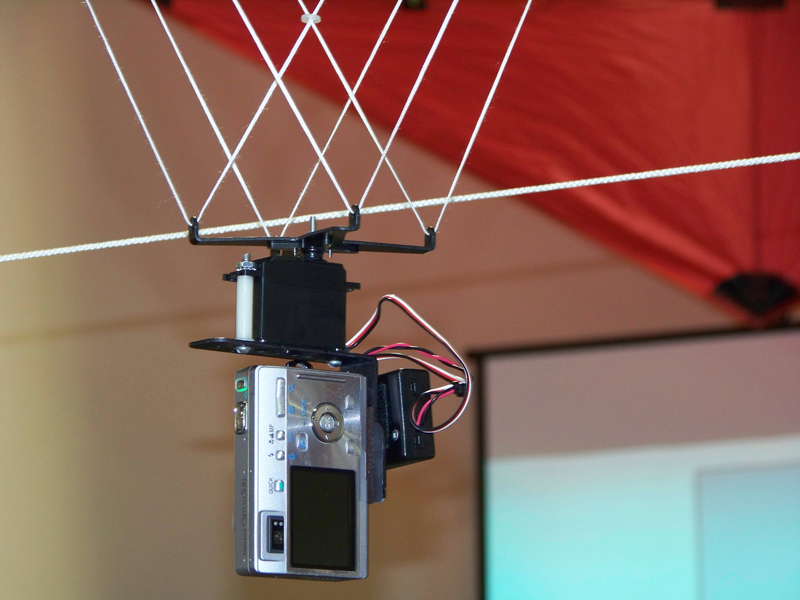 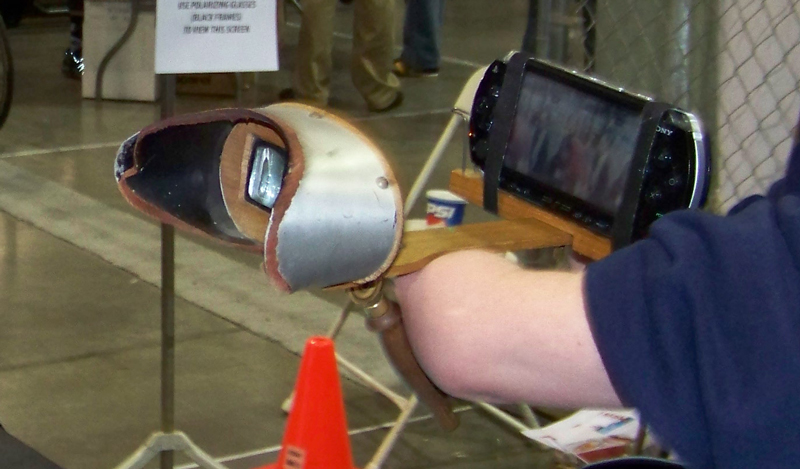 Do you have a pair of anaglyph (3D) glasses available? You can experience part of Maker Faire in 3D through Eric’s 3D pictures captured at Maker Faire. I think this and this photo are my favorites from his 3D set, as it looks like the hand is popping right out of the screen! If you have PicLens and 3D glasses, try viewing the set via PicLens for another amazing 3D viewpoint. Very cool!

Part of the fun of Maker Faire is not just seeing cool projects, but also creating new things to take home with you. A Japanese andon is a paper lantern. At the make-and-take laser-cut andon booth, you could have a picture of your silhouette taken and then wait while a computerized laser cutter would make a perfect cutout in the form of cardboard lantern pieces. After a little assembly, voila, you have a take-home, personalized andon! Here’s a larger andon that was hanging above their booth: 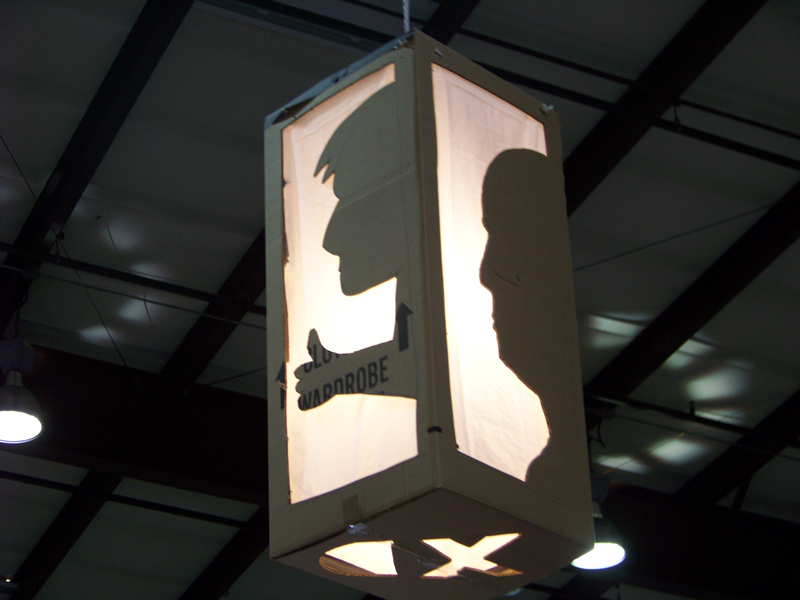 Want to make your own andon? On their take-home instruction sheet, they suggest printing onto cardstock and using a box cutter or exacto knife to cut out your silhouette design. You can use translucent paper for the lantern panels behind the silhouette, and a light source such as an LED-throwie to light it up. I’m thinking this could be a fun project to test out with my previous photo-based silhouettes. 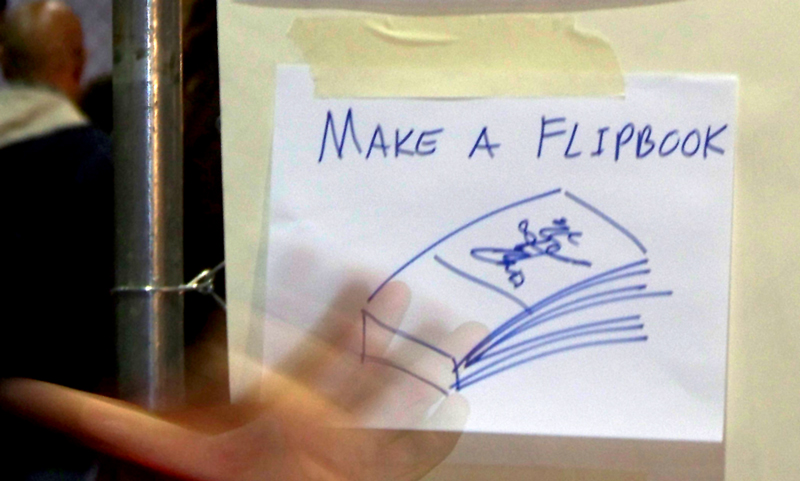 The Flick-to-Flick booth was a place to make-and-take photo flipbooks. First, you create a short video clip (e.g., waving arms, dancing, throwing kisses, etc.). Then, two 8.5×11 sheets of numbered frames from your video clip are printed out on cardstock (15 frames per sheet for a total of 30 frames). Cut out your frames, stack them in order, clip them together with a binder clip and voila, you have a take-home flipbook! Want to see the process in action? Check out their video clip.

I could go on and on about Maker Faire, but I see that this post is already getting too long. So, I will close with one last highlight of my day at Maker Faire – hearing Adam Savage of MythBusters talk about his careers and hobbies outside of Mythbusters. If you’ve ever seen an episode of MythBusters, you know that Adam is a cross between brilliant, funny, creative and crazy (they blow a lot of stuff up on their show). While I have watched the show, I had no idea that Adam’s previous experience and careers included building models for movies such as Star Wars Episodes I and II, Space Cowboys and A.I., among many others. He’s also worked for toy company Zoob and enjoys the challenge of replicating movie props – including trying to get the look, materials and pieces just right. He’s also a sculptor and has had his work presented in art shows. He was very excited to talk about the process and progression of his “real” sculpting work in creating a dodo bird skeleton and maltese falcons – which were on display at Maker Faire: 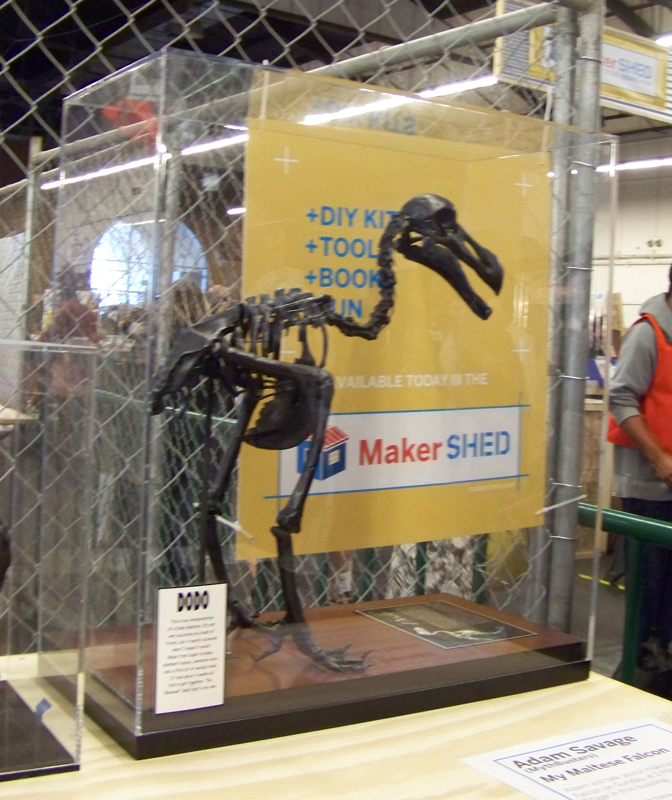 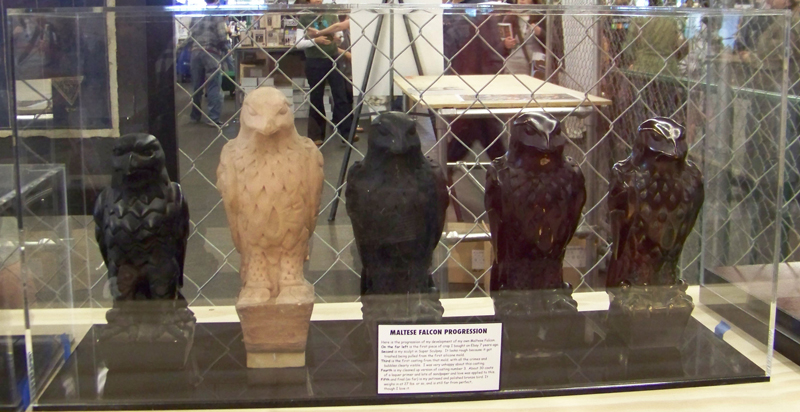 One thing that was clear in hearing Adam talk is that he is passionate about his work and art. I think it’s that same passion and enthusiasm that he shows on MythBusters that inspires the science and inquisitive nature in all of us, both young and old. I think the Kodak bloggers hope that our passion for photography is contagious like that as well!