NOTE: This is a “reprint” of my blog post to Kodak’s previous “A Thousand Words” blog.

It was early evening last month and as I was looking out the kitchen window into the backyard, I noticed a LOT of bugs flying around. I thought to myself – am I paranoid, or does it sort of look like the locusts are coming?!  It turns out that they were bees – and a lot of them! My husband and I watched them as they hovered in one area of the backyard and then another and then back again. Then, they started forming huge clusters on an area of our eave. They would cling onto one another until the bottom bees could not hang on any longer and a clump of bees would fall to the ground. After awhile, they were able to hang on, and it looked like our bee swarm was trying to make a new home on the eave of our house. 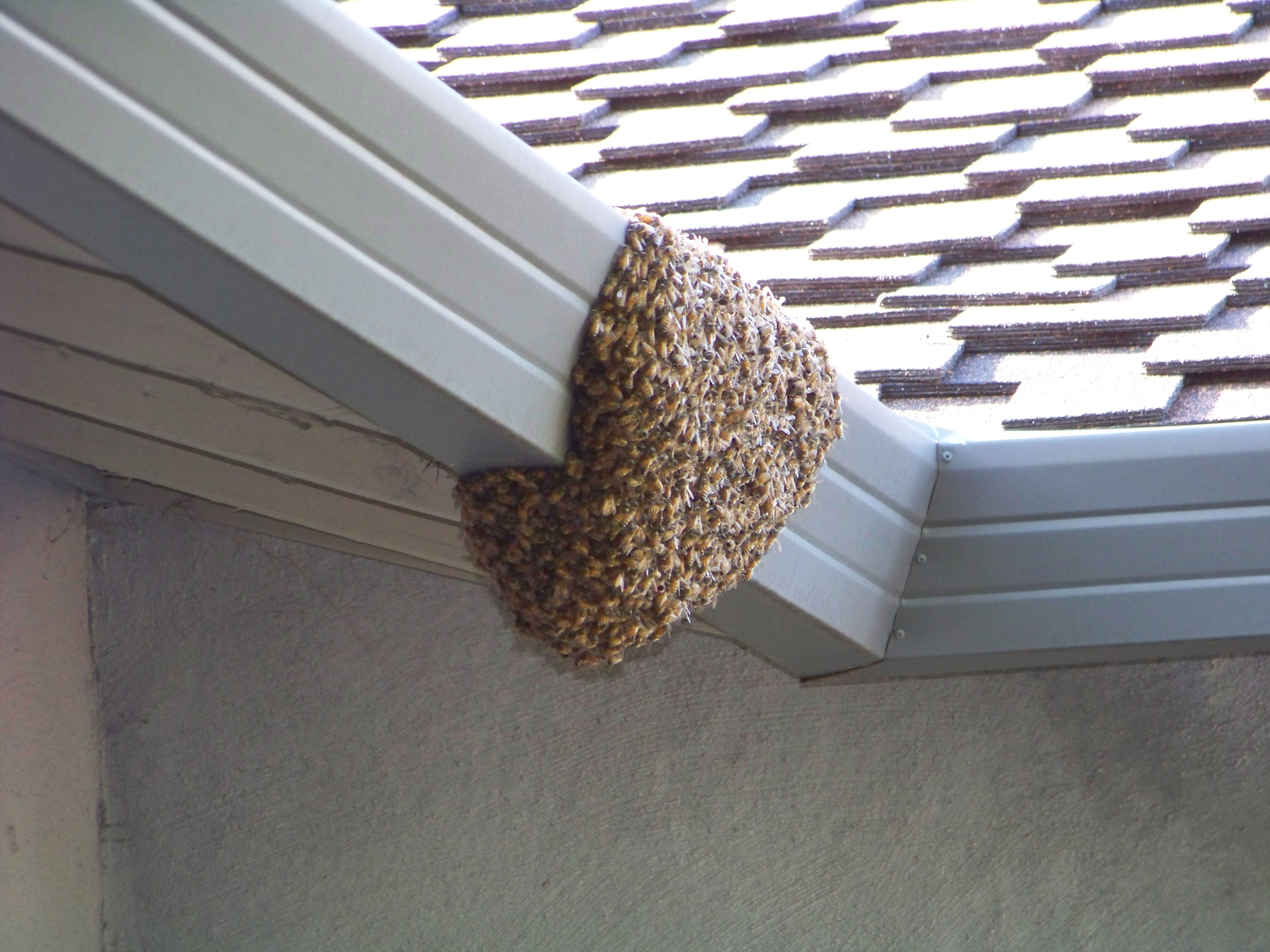 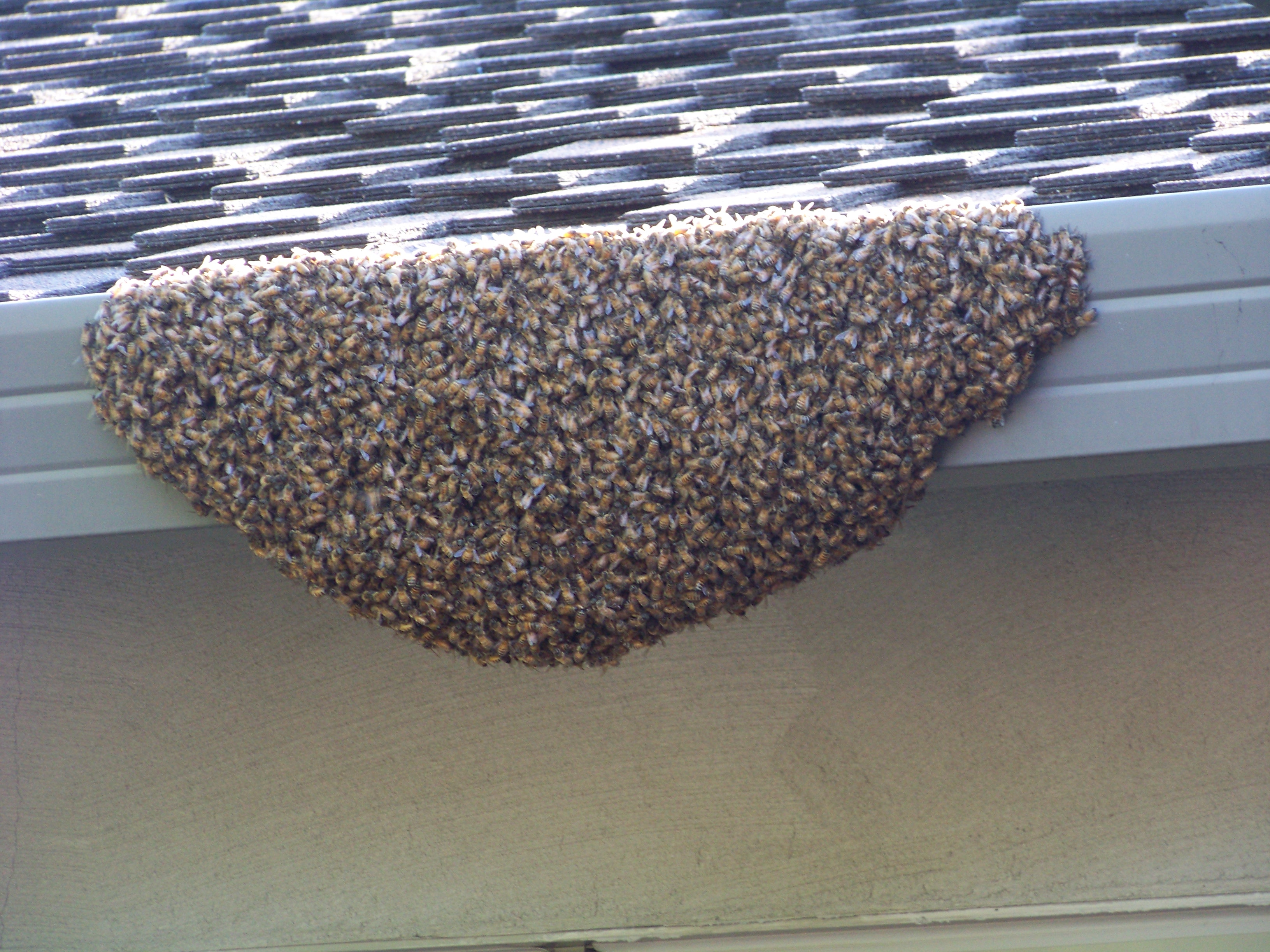 At this point, what started out as somewhat fascinating to watch, quickly turned into mild panic as we realized that they probably weren’t going to go away on their own! Some quick internet searching and a phone call led us to the local Bee Guild and soon a beekeeper was on his way.

It turns out that one only needs a five-gallon bucket and a brush for bee swarm relocation. Well, actually, a bee suit and an experienced beekeeper don’t hurt, either! The beekeeper climbed a ladder, held a five gallon bucket underneath the bees and carefully swept them into the bucket. 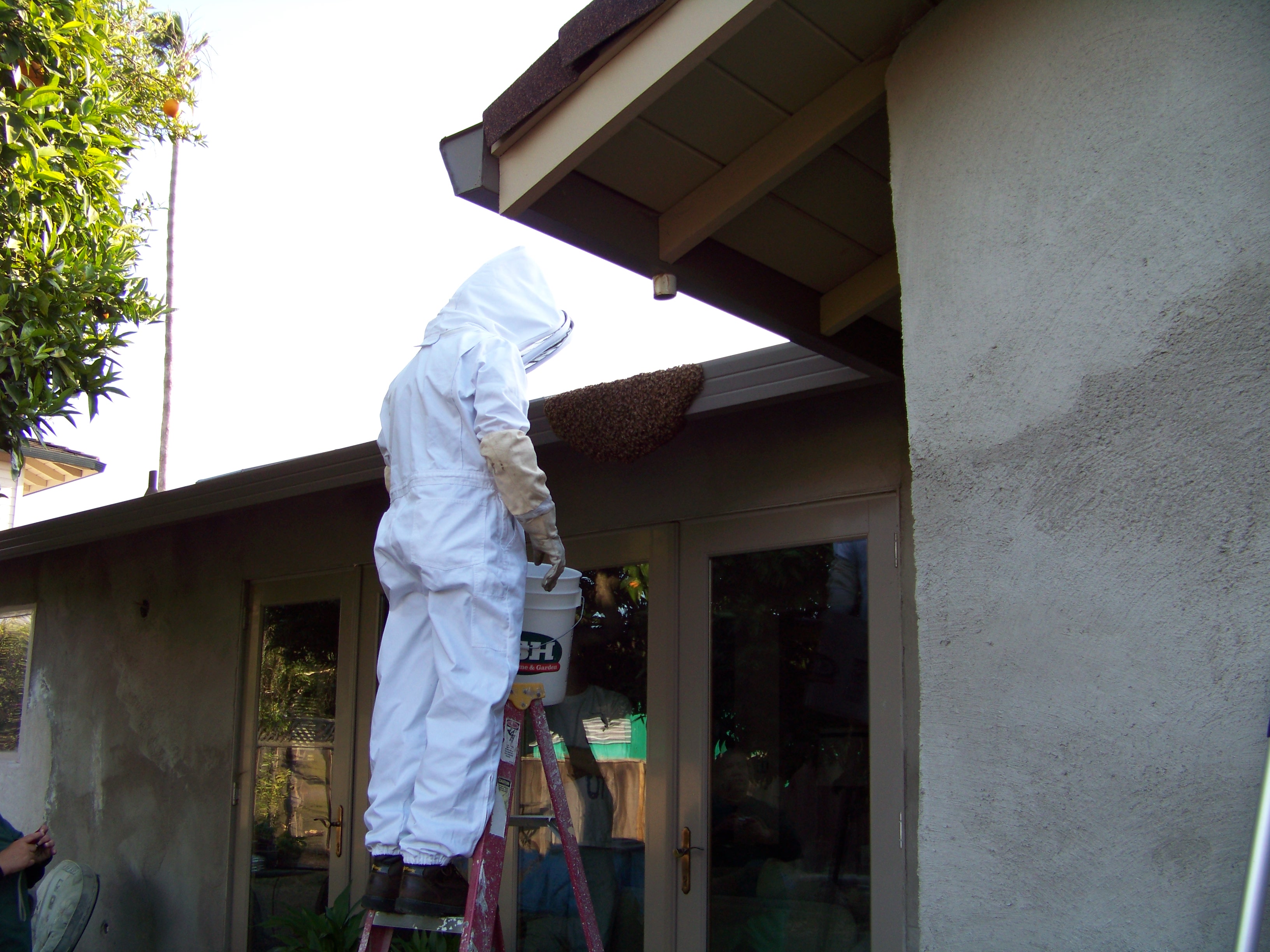 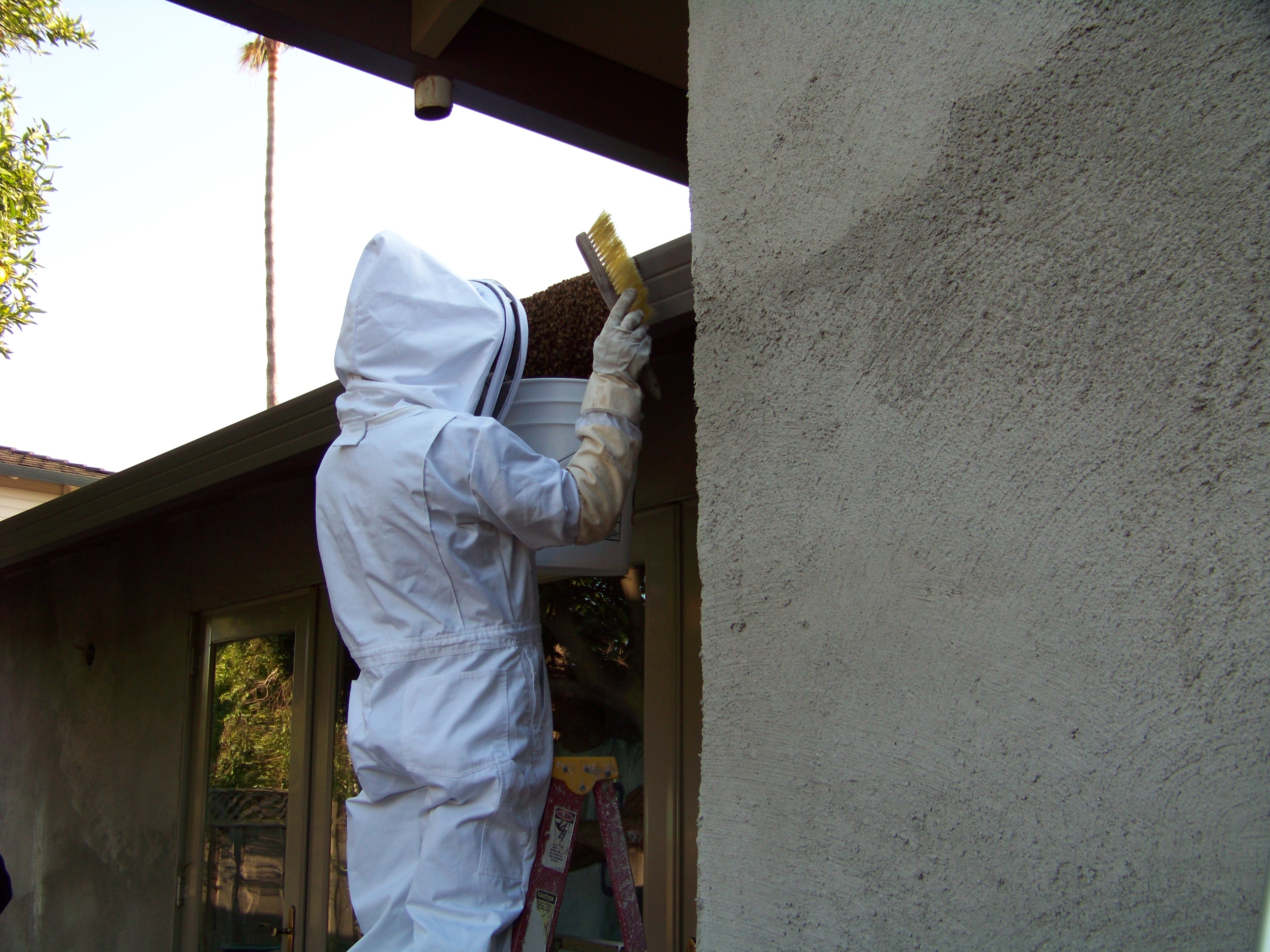 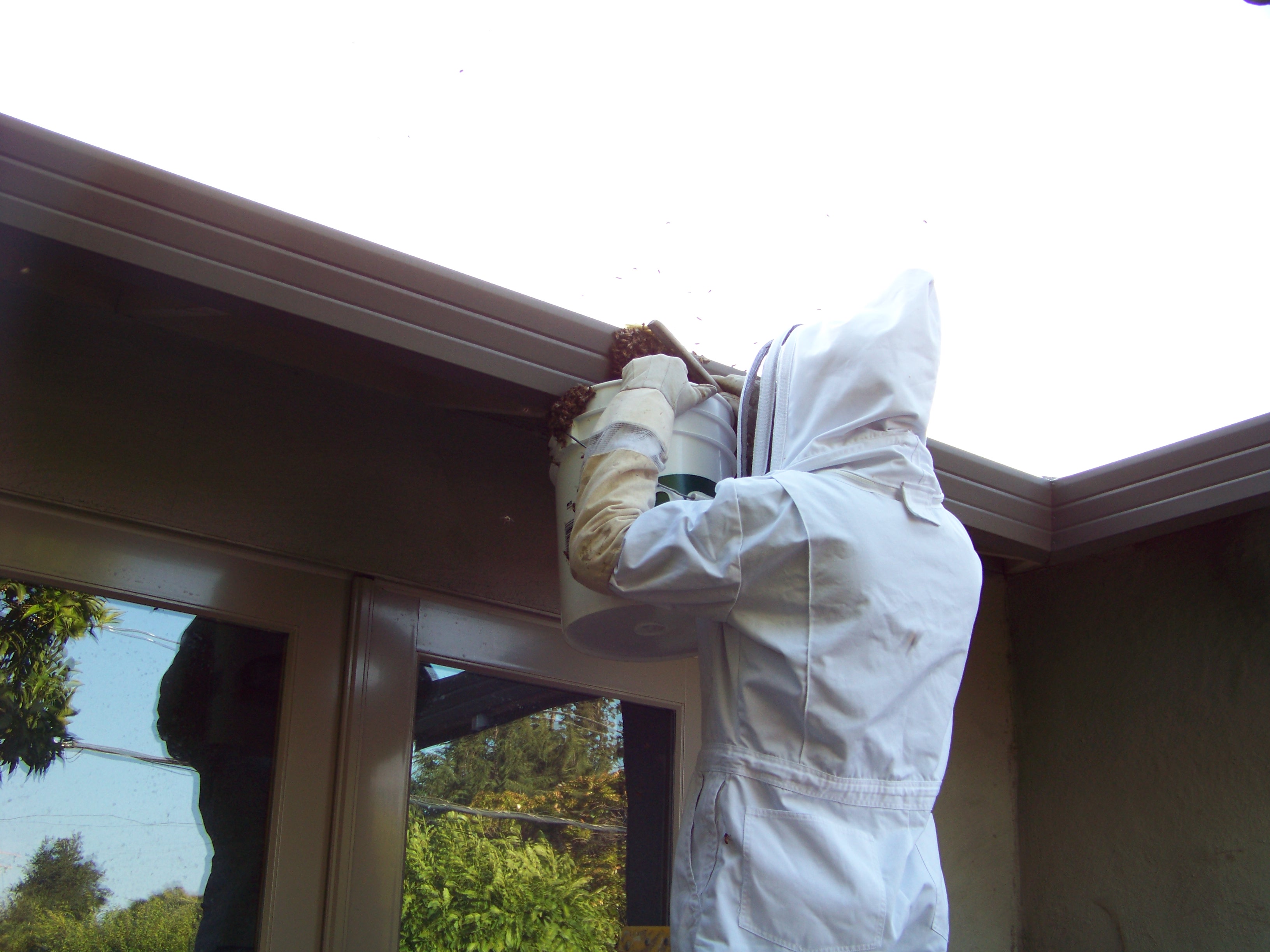 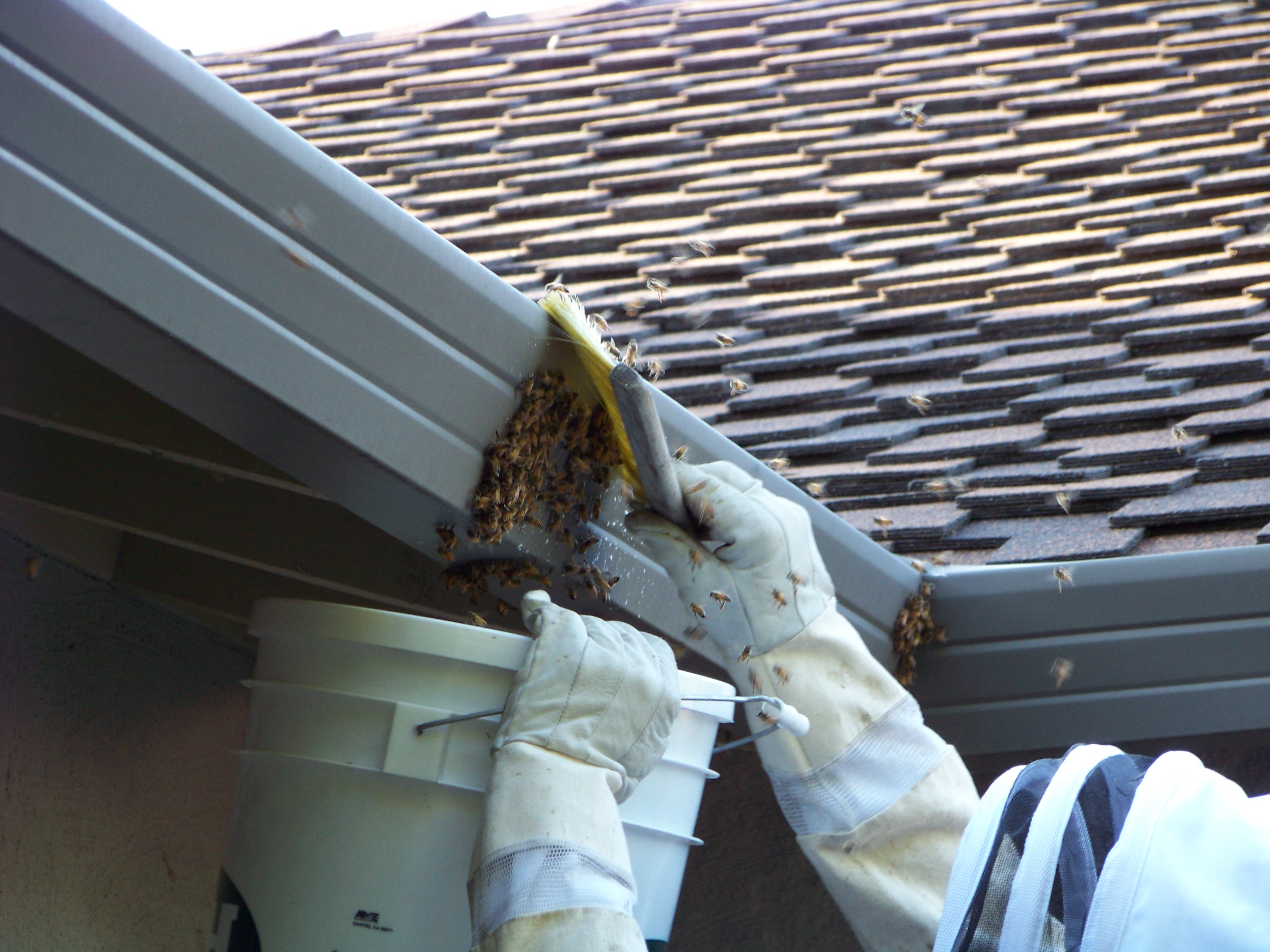 Once most of the bees were in the bucket, he put the lid on, which had a small hole cut into the top of it. Since the queen bee was already in the bucket, the remaining bees were drawn inside of the bucket to follow her. 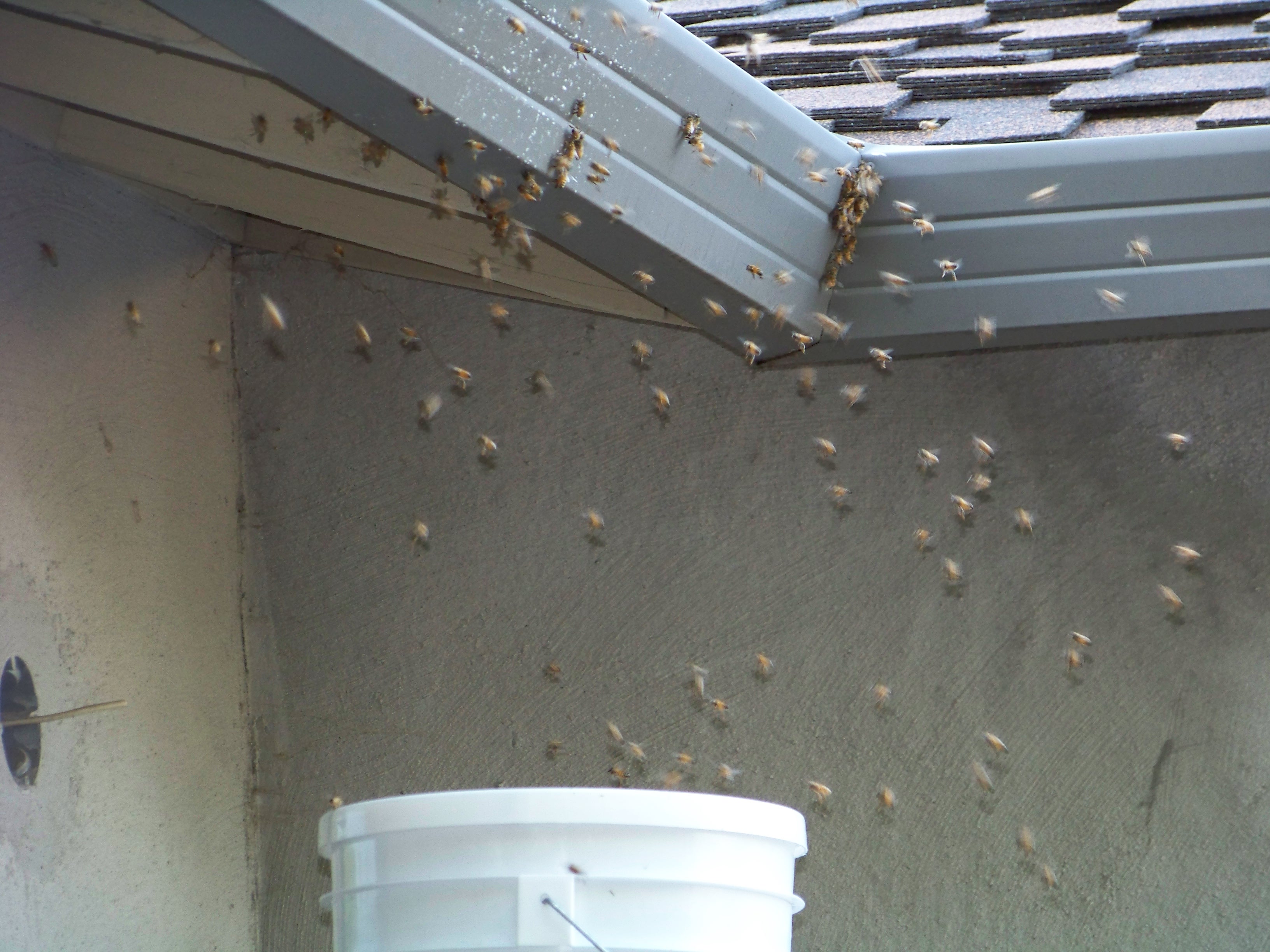 Once the temporary bee condo was full, the beekeeper was on his way, taking the bees off to their new home!